Managing your Care Health Insurance policy is now App Solutely Simple with our all new mobile app. Available on both Google Play Store & iOS. To download

Request a Call Back ×

Kindly leave your Contact No. & we will call back soon 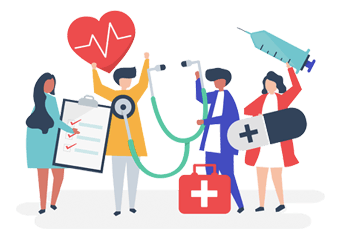 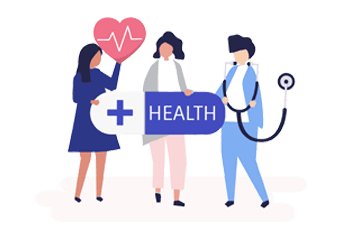 Sunita, a working woman from Delhi, had recently purchased an individual mediclaim policy. Within a few months, she underwent a dental treatment procedure and decided to make a claim on her policy. When she contacted her insurer, she realized that the medical condition for which she made a claim was not listed in the diseases covered under mediclaim.

While health insurance offers comprehensive coverage for expenses that go beyond hospitalization; mediclaim policies, on the other hand, provide cover for the hospitalization-related expenses for a specified time limit. Despite this difference, mediclaim policies are highly beneficial in terms of a predefined sum insured. However, when buying such a policy, it is essential for the policyholder to thoroughly read the policy details to know the ailments for which coverage is available and those for which it is not.

The list of diseases covered under health insurance depends on the type of plan chosen by a person. However, mediclaim policies generally cover the following medical conditions:

The coverage for treatment for injuries caused by accidents is provided by mediclaim policies. Accidents are medical emergencies that require immediate hospitalization. So, the expenditure incurred by an individual during hospitalization is covered under mediclaim policies, subject to policy terms and conditions. Moreover, cashless health insurance is a feature available with such policies wherein the insured person can avail treatment at any of the network hospitals of the insurer and opt for a cashless claim facility.

A cataract is a medical condition seen in senior citizens. It is an eye disorder wherein a protein mass builds up in the eye and leads to vision problems. To rectify the problem, surgery is required. Except for some group mediclaim plans offered by employers, health insurance plans offer coverage for certain diseases, subject to waiting period. They also offer cover for Catarct surgery as per policy terms and conditions.

In addition to cataracts, there are other medical conditions such as Hernia, Piles and Sinusitis are listed as diseases covered under mediclaim with a waiting period.

There are some medical conditions that are not covered at all by mediclaim plans. They include cosmetic surgeries, treatment of self-inflicted injuries, hospitalization due to war or nuclear threat, illness due to substance abuse, infertility treatment, congenital disease, dental treatment not resulting from injuries, etc.

Usually, mediclaim policies do not cover critical illnesses. However, there are specific covers available which are known as critical illness insurance. These plans are designed to provide cover for various life-threatening conditions such as cancer, renal failure, heart diseases, etc.

Contact
Us
Email Reach Us
Request a Call Back Self Help

Add family members to be insured