Don't walk away from your health!

An offer you can't refuse.

Avail 5% Off for Lifetime Also Save Tax U/S 80D

We thank you for your interest in Care Health Insurance. Our expert will call you soon to assist you

Let us help you find
a Perfect Plan

Buy Now
Get a call back from us

Or call us on our toll free number

We thank you for your interest in Care Health Insurance Limited . Our expert will call you soon to assist you.

"Care Health Insurance Limited . & associate partners may contact you to assist you with website navigation of www.careinsurance.com and assist in proposal filling."

Walk-in to the nearest Axis Bank branch to pay your Renewal Premium conveniently via Cheque/Demand Draft. Please ensure to keep the following in mind while opting for the same:
Please visit during banking hours and ask for ‘Easy Pay’ service counters at Axis Bank branch to deposit your premium.
Please mention your Policy(s)number and Contact number on the reverse of cheque. Instrument should be in favour of "Care Health Insurance Limited"
Make sure to collect the acknowledgement slip before leaving bank’s service counter for any future correspondence.
Postdated/ Outstation/ Third Party cheques are not allowed.
Please ensure the cheque amount is equal to the amount mentioned in renewal invite.
It is advisable to carry a copy of Renewal invite while visiting to Axis Bank branch.
Please ensure to deposit the cheque at least 7 Days prior to the due date. Instrument deposition is not allowed after the policy expiry date.
In case of any modifications in the policy details at the time of renewal, please contact our branch and do not deposit the cheque in Axis Bank Branch.
Contact respective ‘Axis Bank branch manager’ in case of any difficulty/issue/clarification related to deposition of renewal premium. You may further contact our Customer Service team at 1800-102-4488/1800-102-6655

What is Copay in Health Insurance?

By clicking, you agree to ourT & C
GET QUOTE IN 1 MIN
Calculate Premium

What is Copay (Copayment) in Health Insurance?

In simple words, the copay in health insurance is the percentage of the claim amount that is borne by an insured person, under a health insurance policy.. However, the rest of the amount will be paid by the insurer. Therefore, you can say that it is an admissible claim amount that both the insurer and insured pay on a sharing basis according to the respective percentages. The copay clause, along with the percentage, is always mentioned in the insurance policy and applies to medical services.

What is Copay in Health Insurance

Your Parents have always care for you, Now its your TURN

Why is Copay Clause Included?

Putting in copay clauses in policies not only helps health insurance companies save a portion of expenses but also gives the company certain advantages as outlined below.

Here are some of the factors that you must consider when you go for a policy with copay:

In India, the terms copay insurance and co-insurance are used interchangeably. In a co-insurance contract, both the insurer and insured enter into an agreement where each party agrees to pay a fixed percentage of the medical bill. The percentages are usually represented as 90-10, 80-20, or 30-70 and so on, depending upon the clause. Copay health insurance, however, is the fixed amount to be paid for the availed medical services.

Understanding the concept of copay will help you to know the reason behind this clause and how much you have to contribute to your medical bills. Let’s talk about its basic features:

Importance of Copay in Health Insurance

Health insurance jargon can puzzle you, so it’s good to know about different terminologies to make the most out of your insurance policy. Till now you have read about copayment, and its features now let’s understand its importance.

If you happen to have a co-pay clause, it can directly impact the premium that you are paying. If you have high co-pay with the deductible amount, naturally your insurance premium will be lesser. This is due to the fact that with high co-pay, the risk of payment is divided almost equally between the insured and the insurer.

Why do you need a Health Insurance Plan?

We cannot predict medical emergencies. They can happen to anyone, any time. With hectic work schedules, unhealthy food habits, and variable sleep patterns, the modern lifestyle has gradually begun to take a toll on our health. Young adults are increasingly becoming prone to various lifestyle diseases, and it is high time we take steps to safeguard our health and that of our loved ones. Medical treatments are getting expensive due to medical inflation. Thus, a health insurance plan is what you need that will cover your medical bills and protect your finances from any potential impact. Besides, you can look for tax benefits under Section 80D of the Income Tax Act. 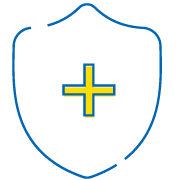 Health Insurance is a shield that protects you and your loved ones in cases of medical emergencies. 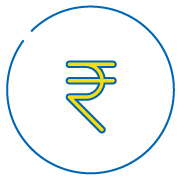 A right health insurance plan makes sure that financial crisis is not an issue during a medical emergency. 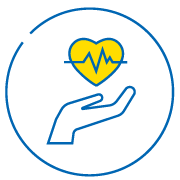 With the skyrocketing cost of healthcare in the country, opting for a good health Insurance Plan is a smart decision for the safety of the individual and family as a whole.

How Care Health Insurance Plans Can Help You?

Difference Between Copay and Deductible

When enrolling in a health insurance plan, an individual has to first pay a certain fixed amount before the insurance provider covers any expenses; this amount is termed as deductible. The deductible is a key feature in super top-up insurance plans. Once the specified deductible is paid, the insurance provider will pay for any kind of medical expenses incurred, subject to the policy terms and conditions. In other words, the insurer will start offering coverage only if the total claim amount exceeds the deductible. Suppose a person has opted for a policy cover of Rs 5 Lakh and the deductible set at Rs 10,000. If the person raises a claim of amount Rs 50,000, then he or she has to pay the deductible amount first. The insurer would then pay the remaining amount, Rs 50,000 – Rs 10,000 = Rs 40,000.

A copay option, on the other hand, works slightly differently, and one should note the same. Copay is a mandatory clause in an insurance policy. The insured generally pays a fixed percentage of every medical bill. So, the primary difference to note between the two features is that a deductible is only paid once, and a copay in medical billing means the insured has to pay a part of the treatment expenses at the time of availing the medical services.

There are various medical insurance plans in India, and you can select the one based on your requirements. When considering a policy, taking into account the co-pay clause and knowing what is copayment in health insurance, and its significance, will give a clear idea and help you make a better decision for your future. However, it is possible to purchase a health insurance plan without a copay clause. But in that case, you have to pay a higher premium. It splits the risk and liability of claim between the insurance provider and insured that makes plans affordable. So, you need to weigh your options and consider medical insurance accordingly. Check the health insurance coverage offered by Care with copay clause that gives you more coverage and less obligation.

Before you jump to know how Copay in health insurance works, you should know what is co payment in health insurance? It is a minimum percentage of the claim amount that you, as a policyholder, have to bear from the total hospital bill. The hospital insurance/ TPA desk at the hospital would inform you about the amount of Copay. However, the maximum amount will be paid by us.

Q. What are Copay clauses in health insurance?

Under the Copay clause in health insurance, proportion ranges between 20-30% will be borne by the policyholder for each claim. It applies to hospitalization expenses, pre and post-hospitalization medical expenses, alternative treatment, ambulance, and domiciliary hospitalization. It will increase by 10% per claim in the policy year until the insured attains 71 years.

Q. How to know about my Copayment liability at the time of Claim settlement?

It is advisable to read what is Copay in health insurance. You will get to know about your Copayment liability at the time of Claim settlement from the hospital insurance/TPA desk, and you will also receive a message on your registered mobile number.

Yes, it is levied on cashless hospitalization as well.

Q. Are the policies with Copay clauses cheaper?

Yes, policies with copay clauses are cheaper because claim settlement liability divides between the health insurance provider and policyholders. 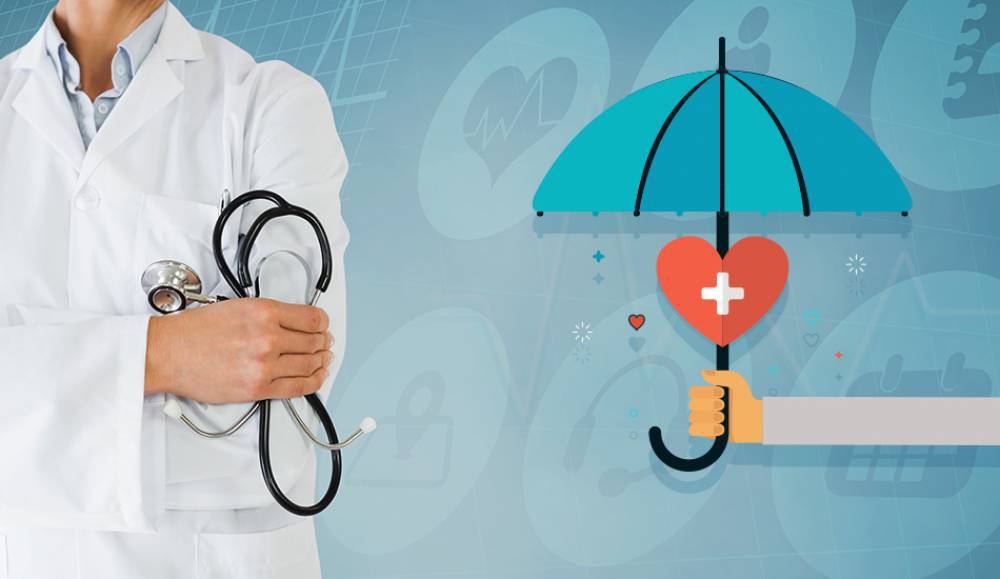 Difference between Mediclaim and Health Insurance... How to Choose Best Health Insurance Plans for Senior Citizens? After a life dedicated to a career or caring for the family, during your golden years, you deserve to be indulged. Your life should be a.. The healthcare needs of every Indian family vary. Therefore, it is necessary to choose your health insurance wisely. If you are single and do not have many responsibilities, go for an individual healt.. What is Congestive Heart Failure? Heart disease is one of the leading causes of death in men and women worldwide. Congestive heart failure (CHF ), the chronic progressive condition of the heart, is o.. 10 Foods to keep your Heart Healthy...

Foods That are Good for Your Heart One of the most important constituents of a good life is a Healthy Heart! It is impossible to enjoy even the little joys of life if one is not hale & hearty. H.. Symptoms of a Silent Heart Attack...

What Causes a Silent Heart Attack? A silent heart attack, also medically referred to as Silent Myocardial Infarction (SMI) is a petrifying experience. In this type of heart attack, one does not get t..