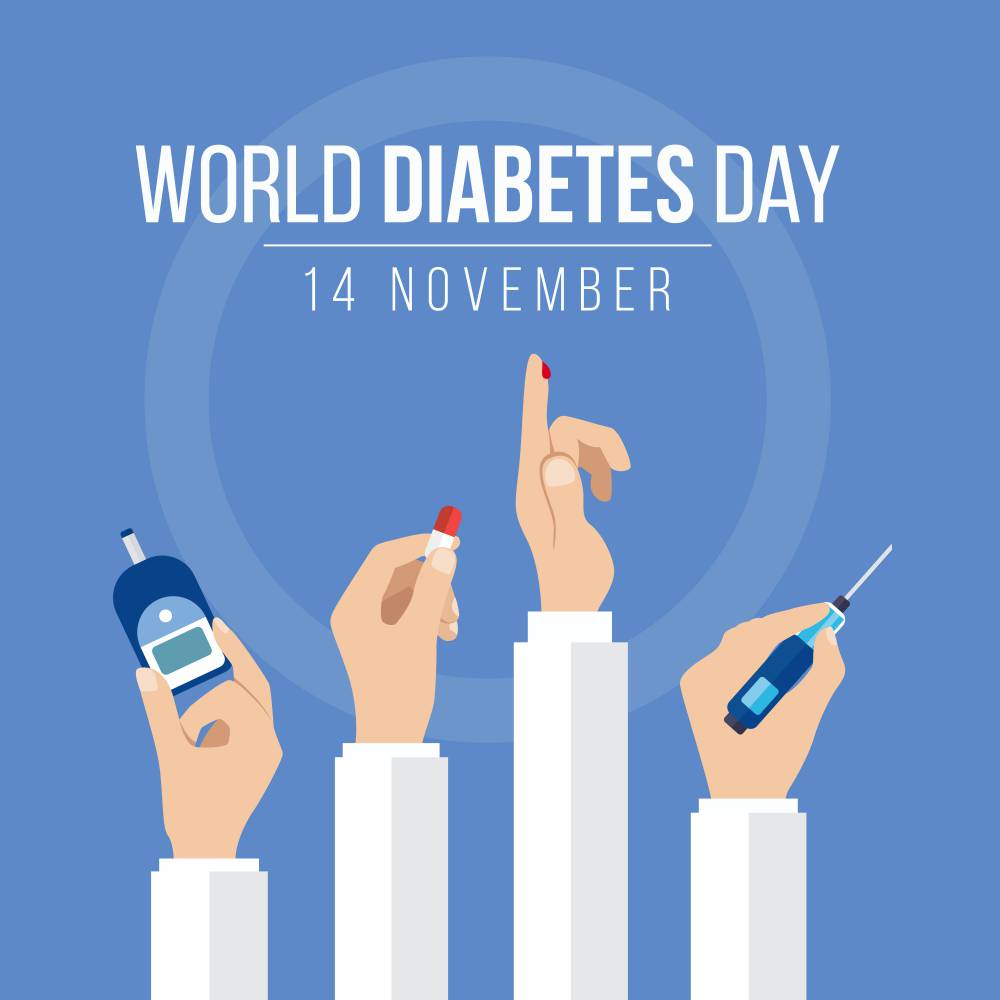 Stay Ahead of Diabetes - Make this World Diabetes Free

We, humans, are made up of millions of cells, each specialized in different functions. From breathing to sensing, and smelling every part of our body, perform the routine task. But, when any of our parts stop working smoothly, it creates a problem for us. In the same way, when our pancreas stops producing enough insulin, it causes diabetes. World Diabetes Days the global awareness campaign focusing on diabetes and its paramount importance to the world and keep diabetes firmly in the public and political spotlight.

Before we talk about Diabetes Day, let’s understand first what diabetes is. It is a chronic disease that occurs when your blood glucose is too high. Blood glucose or sugar is the main source of energy in your body. Insulin, a hormone made by the pancreas, helps glucose to get into the cells and produce energy. Sometimes, when the body does not make adequate insulin or does not use insulin properly, the glucose will not reach the cells. This situation creates a deficiency of insulin in the body. It is called diabetes.

What are Different Types of Diabetes?

Whether you call it a touch of sugar or borderline diabetes every case of diabetes has to be taken seriously. Below are types of diabetes:

It is a deadly form of diabetes and also known as juvenile diabetes. Under this type of diabetes, the pancreas produces very little insulin or no insulin. As a result, glucose doesn’t move into the cells and cause dehydration, weight loss, and stroke. It can also harm the eyes, kidneys, and heart.

It is the most common type of diabetes and insulin resistance. Under this, blood sugar levels are not high but not normal too. It is a lifelong disease but can be under control with the right use of insulin. It causes excessive thirst, affects genes, weight gain, metabolic syndrome, damage liver, and more.

It is a temporary form of diabetes that occurs in women during pregnancy. Under this, the level of sugar gets high. This type of diabetes often happens in the second and third trimester of the pregnancy. Symptoms and outcomes are almost the same as type 2 diabetes. But there are the chances that it may disappear after the delivery.

What is World Diabetes Day?

Every year World Diabetes Day is celebrated on 14th November. It was first introduced and organized by the World Health Organization (WHO) and the International Diabetes Federation (IDF) jointly. Further, it was also recognized as an official United Nations Day. Authorities marked 14th November as this special day because it is a birth date of Frederick Banting, a scientist who co-discovered insulin in 1922 with Charles Best.

Why World Diabetes Day is Celebrated?

According to the research, around 425 million people all over the world are diabetic. Most of them are type 2, diabetes patients. But, this is preventable through more and more awareness. A study says that around 46% of diabetic patients are unaware of their symptoms and treatments. Therefore, this day is organized to raise awareness amongst the people about diagnoses, symptoms, and treatments of diabetes across the world. Authorities also promote the role of the family and friends in diabetes management and raise funds for the treatment of diabetic patients.

It is a global event celebrated in every corner of the world. Various medical associations, medical professionals, NGOs, and individuals join together for this day. The celebration includes:

What is World Diabetes Day Logo?

IDF has given the World Diabetes Day Logo that is a blue circle. It already has global acceptance. People can use this logo to spread awareness about blood sugar and support affected children and adults for their treatment.

According to the facts stated by WHO - the number of diabetic patients has risen from 108 million in 1980 to 422 million in 2014. This chronic disease has been rising more rapidly in developing or low-income countries. That’s why it is necessary to educate people about the ill-effects of this disease, its best possible treatments, and preventive measures. As World Diabetes Day is approaching, let’s make this world diabetes-free together and make this world a better place to live in for them.